Notes from FT Guide to Banking 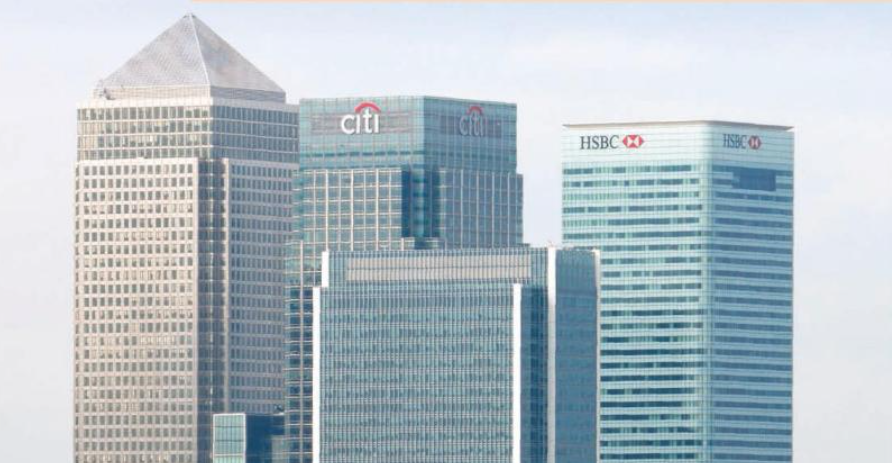 Below are the notes from the book by Glen Arnold - FT Guide to Banking.

Bolts of silk, silver, gold were used as mediums of exchange, a type of currency. Those were pain to carry. Solution: the authorities set up depositories to deposit coins. They received in return a piece of paper promising that a sum of money could be taken from any of the depositories. (Mesopotamia 4400 years ago).
Merchants started issuing paper money themselves based on there coin vaults, to buy things for there business. Later they started issuing paper money even if they didn’t have sufficient back up of gold and silver, that’s when government stepped in to regulate money issuing.

Liquidity - the extent of which an asset can be sold quickly for cash, at low transaction cost without moving the price against you.

Treasury bills - a promise on a piece of paper that Treasury of the nation will pay the holder in few days. When they returned to the capital the merchants could exchange the bills for bronze coin.

Fractional Reserve Banking - only fraction of the money deposited is actually held in reserve. The rest is lended out to gain interest.

Cheque - a piece of paper ordering a bank to pay a specific amount of money from a person’s account to another person named in cheque.

Clearing house - in 1770 the London bankers gathered together in one place to handle the cheques from many banks, that’s the birth of Bankers’ Clearing House.

Primary investors - the savers of society, it is these individuals who become the main providers of funds used for investment in the business sector. They like high liquidity and low risk.

Broker - intermediary someone who matches up a provider of finance with a user of funds. Reduces the search costs for both parties.
Stockbrokers, for example, make it easy for investors wanting to buy shares. Investment banks act as brokers in the bond market.

Interbank market - where banks lend to each other. If a bank has surplus of money not being used it places it to gain interest.

Retail banks take (small) deposits from the public which are re-packaged and lent to small businesses and households. This is generally high-volume and low-value business which contrasts with wholesale banking which is low volume but each transaction is for a high value. For example, *wholesale banks obtain a great deal of the money they use from the sale of financial instruments in the markets, in values of tens or hundreds of millions of pounds, dollars, euros, etc.
Universal bank - offers full range of banking.

Liquidity management - bank need to keep enough cash to satisfy customers withdrawing money. There may be times when a large volume is withdrawn and bank has to be ready.
Ultra-safe banks hold 20% more assets than liabilities. Normally banks hold just 3-4% though.
Assets - loans made.
Liabilities - deposits (and other loads to the bank).
Permanent Capital - money put in by its owners. Can’t be withdrawn, but shares could be sold.

Investment bankers make a lot of money - banks spend 35-60% of income for employee compensation due to their relationships with clients. If they leave, they will take clients as well.

Leasing - equipment owner (the lessor) conveys the right to use the equipment in return for the regular rental payments by the user of equipment (the lessee) over an agreed period of time. Lessee does not become the owner!

Operating lease - commit the lessee to only a short-term contract or one that can be terminated at short notice.
Usually, with an operating lease, the lessor retains the obligation for repairs, maintenance and insurance. It is clear why equipment which is subject to rapid obsolescence and frequent breakdown is often leased out on an operating lease.

Finance lease (also called a capital lease or a full payout lease) - the finance provider expects to recover the full cost (or almost the full cost) of the equipment, plus interest, over the period of the lease. With this type of lease the lessee usually has no right of cancellation or termination. Despite the absence of legal ownership the lessee will have to bear the risks and rewards that normally go with ownership.

Bond is a long-term contract in which the bondholder lends money to a company, government or some other organisation. In return the company or government, etc., promises to make predetermined payments (usually regular) in the future which may consist of interest and a capital sum at the end of the bond’s life.

When governments or corporations find themselves in need of short-term funds they may sell an instrument (security) which carries the promise to pay, say £10m in 30 days from now. The purchaser of that promise will not pay the full £10m because they want to receive an effective interest rate for lending. So they might pay, say £9.9m. Thus the security is sold for less than face value (par or nominal value).
The discount is the difference between face value and purchase price.
The yield, the rate of interest gained by the holder, occurs when the instrument reaches maturity and the face value is paid by the issuer to the holder.

Debentures - the most secured type of bond, secured by either a fixed or a floating charge against the firm’s assets. Debentures secured on property may be referred to as mortgage debentures. With a floating-charge debenture the company has a high degree of freedom to use its assets as it wishes, such as sell them or rent them out, until it commits a default which ‘crystallises’ the floating charge.

Derivative is an asset whose performance is based on (derived from) the behaviour of the value of an underlying asset. The most common underlyings include commodities, shares, bonds, share indices, currencies and interest rates.
Derivatives are contracts which give the right, and sometimes the obligation, to buy or sell a quantity of the underlying, or benefit in another way from a rise or fall in the value of the underlying.

Forward contract is an agreement between two parties to undertake an exchange at an agreed future date, and a price agreed now.
Olive growers in ancient Greece unwilling to accept the risk of a low price for their crop when harvested months later would enter into forward agreements whereby a price was agreed for delivery at a specific time. This reduced uncertainty for both the grower and the purchaser of the olives.

Future contracts are the same as forwards, but are more regulated - traded on a regulated exchange, no direct transactions between a buyer and seller.

Majority of contracts are closed out before expiry - speculators don’t need 50 tons of coffee or 1500 kg of juice so they will reverse their order - if they bought futures for 50t of coffee they will sell a future for 50t.

Over-the-counter instrument is a security traded in come context other than on a formal exchange (NYSE, NASDAQ, etc.)

Derivatives users are hedgers, speculators, arbitrageurs.
Hedgers: to hedge is to enter into a transaction which protects a business or assets against changes in some underlying.
Speculators: obtain profit on price changes by buying/selling. They are quick to spot new opportunities, and able to sell before buying (to short* the market) to profit from fall. Speculators are important to create market liquidity.
**Arbitrageurs: exploit price differences on the same instrument or similar assets, buy at lower price and immediately resell at higher. They usually trade on two different markets ensuring pricing efficiency - their act of buying/selling tend to reduce price anomalies.

Interest rate swaps - arrangement between two parties to exchange interest rate payments where the notional principal is identical for each. For example, the first company may be paying fixed rate interest but prefers to pay floating rates. The second company may be paying floating rates of interest, which go up and down with LIBOR, but would benefit from a switch to a fixed obligation.

Under a credit default swap (CDS) the seller of protection receives a regular fee (usually every three months over a period of years) from the buyer of protection (BP), and in return promises to make a pay off should the underlying specified reference entity (e.g. BP) default on its obligations with regard to a reference obligation, i.e. a specific bond or loan.

Central Bank - bank for other banks. CB usually saves only big banks with big impact on economics and society. It lets small banks go bust to encourage other banks not to take big risks and hope CB will bail them out if they fail.

Central Bank controls the issue of bank notes and coins. Notes are issued to commercial banks as they require, but in return their reserves in CB are surrendered.

« Notes from Java Concurrency in Practice
comments powered by Disqus