Notes from Java Concurrency in Practice 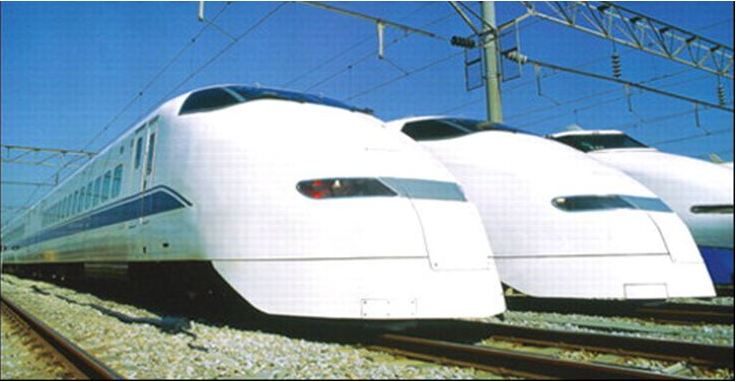 I read the Java Concurrency in Practice by legendary Brian Goetz about four years ago and collected a lot of notes in my physical notebook. The purpose of this post is to refresh my memory by going through the notes and to publish them for everyone else’s benefit.
The book was written in 2006 - a very long time ago, but according to Brian Goetz all of it is still relevant, missing only the coverage of some new features.
However, the Project Loom might be a rather strong reason for a new version of the book.
Anyway, here are my notes from the book.

Threads are everywhere - era of multicore processors!
Even if your app is single-threaded you might use a framework that calls your classes from multiple threads, so they need to be thread-safe.

Object’s state is its data, stored in state variables such as instance or static fields.
Shared variable is the one that can be accessed by multiple threads.

A class is thread-safe when it continues to behave correctly when accessed from multiple threads.
Thread-safe encapsulate any needed synchronization, so that clients need not provide their own.

A synchronized block has two parts: reference to an object that will serve as the lock, and a block of code to be guarded by that.

A synchronized method is a shorthand for a synchronization block that spans an entire method, and whose lock is the object on which the method is being invoked.

These built-in locks (any java object) are called intrinsic locks or monitor locks.

Intrinsic locks are reentrant - if a thread tries to acquire a lock it already holds, it will succeed.

All accesses to a mutable state must be preformed with the same lock held - in this case, we say a variable is guarded by that lock.

Locking is not just about mutual exclusions; it is also about memory visibility.
To ensure threads can see the most up-to-date values of shared mutable variables the reading and writing threads must synchronize on common lock.

Volatile keyword ensures that values updated are read/written to the main memory, not to local CPU caches. This is not from the book
Volatile variables can guarantee only visibility; locking can guarantee both visibility and atomicity.
Volatile is not good for compound operations. The most common use is completion, interruption or status flag.

Thread confinement - if data accessed only from single thread no synchronization needed.
Stack confinement - an object can be accessed through local variables, which are intrinsically confined to executing thread.

Conceptually, you can think of ThreadLocal<T> as a Map<Thread, T> that stores thread-specific values.
In reality, it’s not implemented that way - values are stored in the Thread object itself (thread dies, data die).

An object is immutable if:

To publish an object safely:

Instance confinement - encapsulating object within another object - so you can ensure synchronized paths (delegated methods) to the encapsulated object.

When implementing client-side locking make sure you are using the correct lock (look at documentation what lock is used).

Why wouldn’t this work? After all, putIfAbsent is synchronized, right? The problem is that it synchronizes on the wrong lock. Whatever lock the List uses to guard its state, it sure isn’t the lock on the ListHelper. ListHelper provides only the illusion of synchronization; the various list operations, while all synchronized, use different locks, which means that putIfAbsent is not atomic relative to other operations on the List. So there is no guarantee that another thread won’t modify the list while putIfAbsent is executing.

Here’s the thread-safe version of it:

Document a class’s thread safety guarantees for its clients; document its synchronization policies for its maintainers.
Document design decision at its design time - later the details maybe blur - write down before you forget!

size() and isEmpty() in concurrent collections semantically weakened, so they provide an approximation rather than real exact number. But in concurrent frameworks they are far less useful.

copy-on-write collections are reasonable to use only when iteration is far more common that modification.

Blocking queues are a powerful resource management tool for building reliable applications; they make your programs more robust to overload by throttling activities that threaten to produce more work than can be handled.

How to handle InterruptedException:

Barrier - similar to latches - blocks group of threads until some event. The key difference is that with barrier, all the threads must come together at the barrier point in order to proceed. Latch waits for event, barrier waits for other threads.
A barrier implements the protocol some families use to rendezvous during a day at the mall: “Everyone meet at McDonald’s at 6:00; once you get there, stay there until everyone shows up, and then we’ll figure out what we’re doing next.”

Semaphore - is used to control the number of activities that can access certain resource or perform given action at the same time. A semaphore manages set of virtual permits; threads can “acquire” permits and “release” permits. If no permit is available, “acquire” blocks until one is (or until interrupted).
Using a semaphore you can turn any collection into bounded blocking collection - a semaphore initialized to the desired maximum size of collection. The add operation acquires a permit (blocked if no permit available), a successful remove releases a permit, enabling further addition.

FutureTask - is used by the Executor framework to represent asynchronous task, and can also be used to represent any potentially lengthy computation that can be started before the results are needed. Future.get() returns the result if completed, otherwise blocks until the task transitions from waiting/running to completed state.

The less mutable state the easier to ensure thread-safety.
Make fields final, unless they need to be mutable.
Hold locks for the duration of compound actions.
Guard all variables in an invariant with the same lock.
Document your synchronization policy.

Thread creation and tear down are not free.
Active threads consume system resources, especially memory. When there are more runnable threads than processors, threads sit idle. Idle threads tie up a lot of memory putting pressure on garbage collector.

Whenever you see new Thread(runnable).start() and you think you might need a more flexible solution in future, seriously consider Executor.

The real performance pay-off comes when there are number of independent, homogeneous tasks that can run concurrently.

Daemon threads do not prevent JVM from shutting down, other threads do.

Liveness - a concurrent application’s ability to execute in a timely manner.

A program that doesn’t hold more than one lock at a time cannot experience lock-ordering deadlock. If you have to use more locks perform global analysis to ensure that lock ordering is consistent across entire application.

Use Lock.tryLock() to detect and recover from deadlock.

Thread dumps include locking info; which thread waiting for or holding which lock.

Livelock is a form of liveness failure, where a thread, while not blocked, still cannot make progress.

Avoid premature optimization. First make it right, then make it fast - if it is not already fast enough.

Amdahl’s law describes how much a program can theoretically be sped up by additional computing resources, based on the proportion of parallelizable and serial components.
If F is the fraction of the calculation that must be executed serially, then Amdahl’s law says that on a machine with N processors, we can achieve a speedup of at most:

Even though the below code is thread-safe, it is not very efficient, because all methods are guarded by this object.

It can be refactored to use a lock splitting technique - instead of guarding both users and queries with the this lock, we can instead guard each with a separate lock. After splitting the lock, each new finer grained lock will see less locking traffic:

Lock splitting can sometimes be extended to partition locking on a variablesized set of independent objects, in which case it is called lock striping. For example, the implementation of ConcurrentHashMap uses an array of 16 locks, each of which guards 1/16 of the hash buckets; bucket N is guarded by lock N mod 16.

When testing for scalability, the goal is usually to keep the processors fully utilized. Tools like vmstat and mpstat on Unix systems or perfmon on Windows systems can tell you just how “hot” the processors are running.
If the CPUs are asymmetrically utilized (some CPUs are running hot but others are not) your first goal should be to find increased parallelism in your program. Asymmetric utilization indicates that most of the computation is going on in a small set of threads, and your application will not be able to take advantage of additional processors.

If thread is blocked by lock - thread dump indicates “waiting for monitor entry”.

Tests are not substitute for code reviews, and vice versa.

synchronized locking has some limitations - threads waiting for intrinsic locks cannot be interrupted, so thread can be blocked forever. Intrinsic locks also must be released in the same block of code in which they are acquired.
Unlike intrinsic locking, ReentrantLock offers a choice of unconditional, polled, timed, and interruptible lock acquisition, and all lock and unlock operations are explicit.

ReentrantLock is not a blanket substitute for synchronized; use it only when you need features that synchronized lacks.

ReadWriteLock - resource can be accessed by multiple readers or by single writer at a time, not both.

Most synchronizers implement common base AbstractQueuedSynchronizer

Initialization safety guarantees that for properly constructed objects, all threads will see the correct values of final fields that were set by a constructor.

A data-race occurres when a variable reads and writes are not ordered by “happens-before”. A correctly synchronized program
is one with no data races, exhibits sequential consistency, meaning all actions happen in a fixed, global order.

Data race or race condition - when getting the right answer depends on lucky timing.
The most common type of race condition is “check-then-act”, where a potentially stale observation (check) is used to make a decision on what to do next.

« Notes from A Mind for Numbers: How to Excel at Math and Science Notes from FT Guide to Banking »
comments powered by Disqus